Every morning I ask myself ‘How can I help?’ 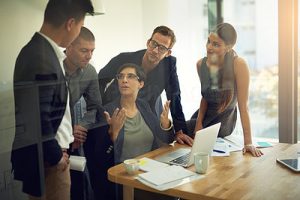 So said Katy Perry when she was interviewed by Toni Street on Seven Sharp earlier this week. Not being a fan, I didn’t understand or know about Perry’s philanthropic and altruistic leanings. It’s interesting because I’m noticing an incoming king tide of young people like her with similar aspirations.

If you haven’t already noticed, there is a gathering force for change. I’m sure it is not just me trying to prove a point but rather it’s a meme that is spreading fast in response to a world moving too fast for its own good. It feels as if this force is gaining momentum and confidence.

How Can I help?

The TVNZ program led by Nigel Latter and John Campbell ‘What Next’ with its clever, experienced and insightful panel of experts was inspiring.  The audience was regularly surveyed during the 5 series on a range of topics. An overwhelming majority of the audience feedback said that they believed change must happen to address the looming issues of poverty, environmental and social degradation and potential unemployment caused by technological disruption.  These are big issues and most people now believe that change is possible and that we can make it happen.

I am also noticing that a lot of people are now uncompromising around what they do for work, the way they work and the way they wish to live in the world. The values of those under 35 are becoming clearer and their voices more confident. They don’t want to compromise their creativity and are less willing to fit into corporate structures or siloed areas of work. In particular they want collaboration, integrated thinking and scope to make a difference.

All the evidence tells us that when people like Katy Perry want to help that the populous moves in behind them to support their efforts. Helping is a powerful career management competency.

This site uses Akismet to reduce spam. Learn how your comment data is processed.

Let yourself be silently drawn by the strange pull of what you really love. It will not lead you astray. Rumi

Just a note to thank you, once again, for all the amazing advice and inspiration that you have given me in the short time we have worked together. It’s been an absolute pleasure spending time with you in session and I sincerely appreciate your support regarding my choice of direction for my career and life.

Thank you for a great session yesterday. Your energy is wonderful and the process is both fun and stimulating. I’m excited for our next meeting, yet, in some ways don’t want it to come around as it will wrap-up this block of sessions.