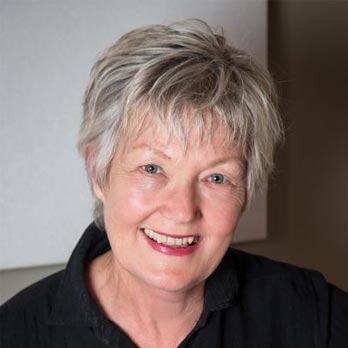 Many people’s experience of career advice is limited to memories of awkward interactions with school career counsellors, way before they could possibly know ‘what they wanted to do with their life’.

But even pre-Covid (remember then?), job mobility was normal. Hard statistics are scarce, but a 2019 US survey of baby boomers found the average number of jobs over a lifetime was 12. Of course, since lockdown, thousands of New Zealanders have been made redundant or lost businesses and, anecdotally, many who held on to their jobs have been taking stock of their careers.

“It has to involve the whole person,” she says. “When we’re working with people, we’re working with their identity, the sense of who they are … often when people want change, they don’t understand what that change is. What you find, when you dig into it, is there’s a whole lot of other things going on, or past trauma, past issues that are being triggered.”

Consultants use a ‘career intelligence programme’ that Avery developed, which uses questionnaires to drill down into clients’ life values, work values, motivators, and skills they’d like to transfer to their next role. Their responses generate pictures of skill sets, preferred work culture, types of business, and management style.

Once people are clear about the kind(s) of job they want to try for, consultants help with job applications and interview technique. Avery says the selection process changes fast and is increasingly supported by technology. For example, CVs may be digitally read for keywords and categorised before a human sets eyes on them; psychometric assessments are increasingly carried out at the point of application rather than at shortlisting; and applications may involve recording a short spoken presentation.

“When people are clear about what they need, they can consciously make a decision; they can say: ‘that manager I may not get on with but every other part of this job will work, so I can just be more conscious of how I manage that relationship’. You can choose what you compromise on.”

Building her business
Before she started CareerEQ in 2007, the Auckland mother of four had worked in corporate consulting with a recruiter and organisational development firm Pohlen Kean for six years, and as an associate at Right Management for almost two years, where she worked with people being made redundant or with HR departments on professional development. Clients included Telecom (now Spark) and Air New Zealand, who were enacting big redundancies at the time.

Avery started working with private clients on the side, quietly building her own business. (It wasn’t her first; before getting into this field, she’d run a small business in topiary frames for garden centres.)

Then, Right Management lost a lot of business and Avery and two other associates were given three weeks to leave. “The rug was pulled out from underneath me and suddenly I had to create new business because we had a mortgage. So I networked like crazy, and within a month I got a really good contract with a tertiary education provider which had 400 redundancies coming up.”

She developed her core materials over Christmas and by the end of January was delivering programmes for those 400 people.

Knowing when to step back
Her business grew organically through word-of-mouth and the next main turning point came in 2015, when she almost plunged into another career low: burnout. She had been president of the Career Development Association for two years, had more work at CareerEQ than she could handle, and realised something had to change. So she took on another consultant, Suzanne Perrin.

Last year, she added more consultants and now has a network of nine around the country. Avery runs the business and refers clients to consultants, taking a cut of fees. She had to learn how to step back and trust the consultants to do work that had come to her based on her reputation.

“Succession planning is hard because you have your own style, commitment to quality, and people who come in as consultants don’t have the same investment in the practice. What has really worked is to take on people of really high calibre. For me it’s so important that people are highly trained … There are a lot of people out there doing career work who are not trained, and it’s not right. You need to have psychology or career development training.”

While standard counselling is tightly regulated, career counselling is not – but it should be, she says. Three years ago, a blow to the profession came with the cancelling of AUT’s career development post-graduate programme. “In New Zealand we don’t recognise the value of training,” she says. “You can’t do this work just by helping somebody with a CV, you’ve got to understand their deeper motivators.”

Avery has a graduate diploma in career development, is a master NLP practitioner, and has certificates in supervision (counselling counsellors), relationship skills training, and Myers Briggs personality testing. She’s about to start training in Acceptance and Commitment Therapy (ACT), which draws on mainstream cognitive behaviour therapy and mindfulness traditions.

Dealing with redundancy and workplace issues
The three main areas of CareerEQ are career development for individuals, redundancy support (generally paid for by the companies) and professional development, which includes referrals from HR of employees who may be disaffected, underperforming, not getting on with colleagues or accused of bullying. The company works with private clients (self-funded individuals) and employers.

Companies may only pay for three or four redundancy support sessions, so consultants swiftly move through counselling and career coaching to identify suitable next jobs and jobseeker training.

Her first step is to meet people’s distress with empathy and compassion, and check they have support at home.

“If they’re lashing out at the organisation or boss, you’ve got to just hear that deeply and acknowledge it. And then I usually say, there will be life after and we’re going to help you get there, so they feel heard and supported. Sometimes it doesn’t work; sometimes people aren’t ready to get over it, so you just have to meet them where they are.”

In the currently shrinking job market, though, often the emphasis is on helping the person quickly get any new job, without the luxury of making the perfect match, Avery adds. “If they’ve been traumatised by redundancy, you have to pick them up really fast.”

She gets special satisfaction out of helping people make deeper personal changes so they can better enjoy and perform in their current roles. She uses the career intelligence programme to identify the baseline of what matters to them at work, what they need. “And in that process, things are identified: little glitches or behaviours, or a mindset or a belief system, that just isn’t working for them,” Avery says.

“Sometimes there’s other stuff going on – ‘I was always treated like this by my step-father’. So, you work with that person deeply and caringly to help them manage themselves.”

A recent client, it turned out, was worried that what he perceived as failings in the wider business meant his customers were never going to be satisfied. “What worked for him was focusing on his area of influence, what he could control. That was the most powerful thing for him, and he went forward with such confidence. Sometimes it’s really quite simple but you’ve got to do a lot of unpacking.”

Succession time
With near-full employment, 2019 was reasonably quiet for CareerEQ, but then Covid upturned the job market and brought an expected record turnover for the business.

“It’s very much a small business but it’s got huge potential,” Avery says. “We’re on a wave now so we could grow it significantly. We’ve got it to a point where we’ve got the infrastructure and I need to back away further and get somebody else to build it.”

She’s seeking someone with the right skill set to do that, potentially in a retainer-based role blending account manager and practitioner with marketing savvy. “I’m not the right person to do that, it’s been my business and I need to get out of the way.”

This site uses Akismet to reduce spam. Learn how your comment data is processed.